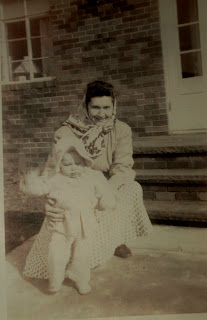 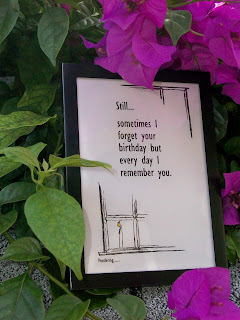 Email ThisBlogThis!Share to TwitterShare to FacebookShare to Pinterest
Labels: Mom and me, Mother's Day, still missing you

I had three. One still remains.

I used to think they were mean. And. Well. They... were. They had to be, to try to get me up to speed. Don't know about you, but I was rather hard headed. I just appreciate that they never gave up. A belt is a form of love, I have finally decided. But it wasn't nearly all that.

I called my mother ahead of time. For the first time in our lives. She was... encouraged by that! :) I have some small gifts on the way. They, on the other hand, will be late. But she knows they are on the way. I hope you have a wonderful mother's day too. It's a life-long occupation, even if... things don't always exactly work out. Or if your children are forgetful. Be well.

Hard headed? Nah, not until my late teens.

After I got to really know my husband and his family, I nixed the idea of having kids. I could see no good reason to help spread that gene pool. No regrets on that decision.

I thought you had a son? Perhaps an... adopted, step then?

Nope. My critters were my kids.

I actually remember the topic. When I was living in Iowa City, there were drug sales I tried to call in, and other things going on. Actually, the cops completely ignored the drug sales, but were right there when one of them was peeing in public. He was on parole, that ended that.

Anyway, I was writing about this. Whether back then or more recently, and you said your son told you, where you were living in Florida, was sketchy. But you said you hadn't noticed.

I am not arguing. I am just sure it was you, so I am trying to figure this out. Sometimes I can't remember my name, other times I remember... many things.

I really think you have me confused with someone else.